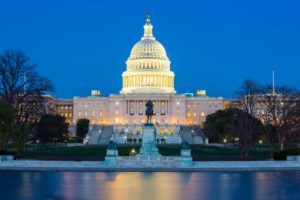 One chamber of the U.S. Congress is poised to take a historic vote on legalizing cannabis at the federal level within the next few weeks.

The MORE Act, which would deschedule cannabis and thereby legalize it federally, is set to be considered by the Democratic-led House of Representatives the week of Sept. 21.

MJBizDaily takeaway: While the bill isn’t expected to make it through the Senate before the Nov. 3 elections, it could breathe new life into reform efforts if Democrats win back control of the Senate – and take control of the White House.

As currently written, the MORE Act would leave states in charge of regulating cannabis and create federal tax changes.

But at a broader level, this could lead to major consolidation, interstate commerce and a host of other changes.

The state’s Cannabis Control Commission also voted to increase from two years to three years how long those licenses will be exclusive to social equity and economic-empowerment applicants.

MJBizDaily takeaway: If approved during a final vote on Sept. 24, the move could increase the profitability of the delivery sector and benefit social equity and economic-empowerment applicants as well as give those businesses a longer period to become established and succeed.

MJBizDaily takeaway: MedMen has yet to put its difficulties behind.

And this most recent denial by regulators proves that upheaval and instability can have lasting consequences for cannabis businesses.

When nine out of the 10 original owners of a company change after an application is initially filed – as was the case with MedMen – expect regulators to raise their eyebrows.

MJBizDaily takeaway: The Maryland company behind the fund, AdvisorShares Pure US Cannabis ETF, is targeting the U.S. marijuana market because its viewed as “exponentially larger” than the Canadian market.

At a time when investment is uncertain because of the global pandemic and ensuing recession, a fund that spreads out investment risk could help bolster U.S. cannabis companies.

Los Angeles is facing another lawsuit over the city’s social equity program.

MJBizDaily takeaway: Three applicants for social equity marijuana retail permits sued the city and its cannabis regulators, claiming favoritism in the permitting process, among other complaints.

The lawsuit threatens to further gum up the works in a major market plagued by delays.

Ontario is set to double the number of cannabis stores it licenses per month.

The province – the largest market in Canada – got off to a slow start after the nation legalized marijuana in 2018.

MJBizDaily takeaway: Canada’s large cannabis producers failed to plan for Ontario’s retail bottleneck, even though it was predicted.

So any increase in the pace of new store openings will help producers’ business prospects – as well as those of store owners.

Smokable hemp is on track to be a market worth $300 million-$400 million in the U.S. by 2025, a fivefold increase over its current value, according to marketing analytics giant Nielsen.

MJBizDaily takeaway: Marijuana operators should be watching the smokable-hemp market with interest.

That’s because low-THC hemp products appear to have some traction with consumers even in markets where high-THC smokable marijuana is also for sale.

Nielsen projects in a report exclusive to Hemp Industry Daily – sister publication to Marijuana Business Daily – that 75% of adults in the U.S. will have legal access to marijuana products by 2025.

Consumer surveys, meanwhile, indicate that a majority of U.S. adults likely to consume any cannabinoid-containing product are interested in CBD from hemp as well as CBD- and THC-dominant marijuana.

Bart Schaneman can be reached at [email protected]